Physical copies are now available for purchase worldwide! Sign up for our newsletter to get discounts and updates. Learn more about shipping options here.
$0.00 Cart

A porous, patchwork reality — where rice grows in blood-red paddies, where princesses romance their spears, where it is a bad idea to mispronounce a crocodile’s name.

This project is a series of zines, designed for use in fantasy adventure tabletop RPGs. Ongoing since 2017, this project draws from the overlapping material cultures, lived stories, and mythistories of that region of the world variously called Indochina, Suvarnabhumi, and the Nusantara — Southeast Asia.

A THOUSAND THOUSAND ISLANDS is a project by Centaur Games — an amalgam of Mun Kao and Zedeck Siew: 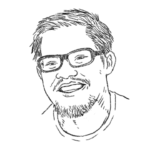 An artist, illustrator and game designer. He is based in Kuala Lumpur, Malaysia. 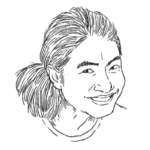 A journalist, translator, and editor. His books include Creatures of Near Kingdoms (with artist Sharon Chin) and Lorn Song of the Bachelor (with artist Nadhir Nor). He is based in Port Dickson, Malaysia.

A writer, editor, and marketer. Mostly for the beauty industry, and now for games. She is based in Kuala Lumpur, Malaysia.

Be in the loop for updates

“Sign up for our newsletter, get a 5%-off discount code!
Special discount from Silim!”